Used for pain throughout history, CBD reduces chronic pain by impacting endocannabinoid receptor activity which reduces inflammation and interacts with neurotransmitters. According to multiple scientific studies, CBD has also been proven to reduce nausea and vomiting. At R Rehab we provide a variety of topical and ingestible CBD products for all types of physical pain and nausea.

Serotonin is a neurotransmitter that plays an important role in your mental health. CBD alters serotonin signals. The National Institute on Drug Abuse (NIDA) states that CBD has been shown to reduce stress. Low serotonin levels are commonly associated with people who have depression. Not having enough serotonin may also cause anxiety.

According to a scientific study by The University of East London, treating anxiety and depression by using antidepressants for long term can cause a number of side effects including insomnia, drowsiness, agitation, sexual dysfunction and headache. Another side effect of these medications is addiction. Benzodiazepines such as Xanax and Klonopin are addictive and can lead to substance abuse. At R Rehab we utilize CBD to lessen the need for anxiety and anti-depressant medications.

In a study on individuals who suffer from social anxiety disorder, 24 people were given either 600 mg of CBD or a placebo before speaking publicly. Compared to the placebo group, the group that received the CBD had significantly less discomfort, anxiety, cognitive impairment and nervousness in their speech performance. According to a study conducted by the University of Colorado School of Medicine, CBD oil has been used to safely and successfully treat insomnia and anxiety in children with post-traumatic stress disorder. The Schizophrenia Research Institute in Australia has also conducted studies proving that CBD has shown antidepressant-like effects. These qualities are related to CBD's ability to act on the brain's receptors for serotonin (a neurotransmitter that regulates mood and social behavior).

A study conducted at the University of Montréal in Canada, found that CBD has been shown to modify circuits in the brain related to drug addiction. CBD has been shown to reduce morphine dependence and heroin-seeking behaviors. At R Rehab we provide access to CBD water 24/7. We also provide CBD tinctures as needed.

Research conducted at the Institute of Psychiatry in London found that CBD reduces psychotic symptoms and thus helps people with schizophrenia and other mental disorders. At R Rehab we provide access to CBD water 24/7. We also provide CBD tinctures as needed. 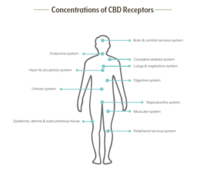 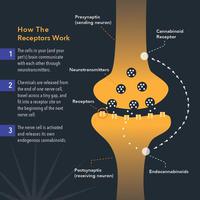